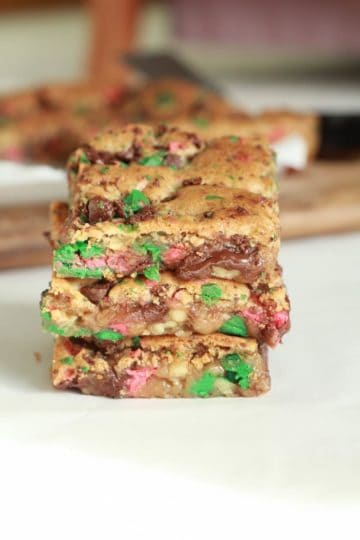 It is Friday! Lets do some holiday making… with some Christmas blondies….of course. I mean would you expect anything less? First can we have a little chat? Why are Blondies called Blondies? Really, I can not figure it out. I mean I know some blondies do not have chocolate in them, so I can understand why those blondies would be called blondies. But what about […] 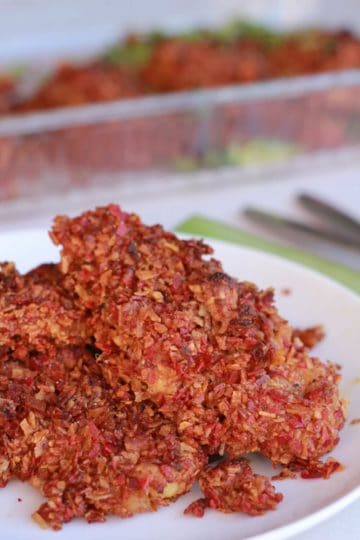 Chicken. We eat it. A lot of it. And I am not exaggerating. With a house full of boys it is inevitable. Inevitable. We have this family recipe. A recipe I make sometimes 3 times a week. Honestly, I do not know where it originated from, but we have been making it since I can […]

Latkes, lat-kee, lat-kuh, potato pancakes, fritters, lakes (what I say, because I have awful grammar and am obviously not jewish). Whatever you decide, know one thing. They are good! Crispy, spicy, cheesy and delicious! I was flipping through one of my many food magazines I subscribe to (I am a complete magazine hoarder! I love um! Oddly, […] 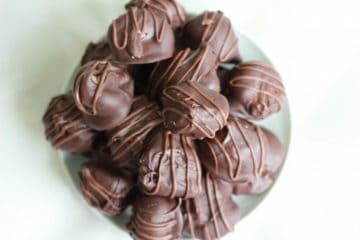 Something pretty awesome happened over the weekend. I made roasted, salted, pecan butter and then I covered it with chocolate to make some pretty awesome truffles. Well, actually I am not sure it is really a truffle. More like chocolate covered pecan butter balls, but I just really like the word truffle. It sounds fancy…….and […] 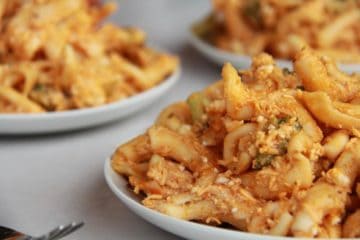 You guys, I promise. This pasta is way better than it looks. Some foods looks especially pretty on camera (i.e ravioli, cookies, bagels) and some foods just don’t. I think this is one of those foods. But it tastes good. Really good. Homemade buffalo sauce mixed with cheddar cheese and blue cheese to create a […] 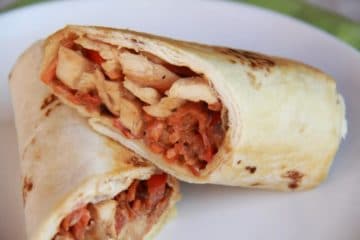 The most frustrating thing happened while writing up this post. It disappeared! Like everything, gone in the blink of an eye! My reaction? OMG! What jut happened? Where did my recipe go? No please it has to be somewhere, where is it? Yeah, it was not a pretty site. I was a little dramatic to […] 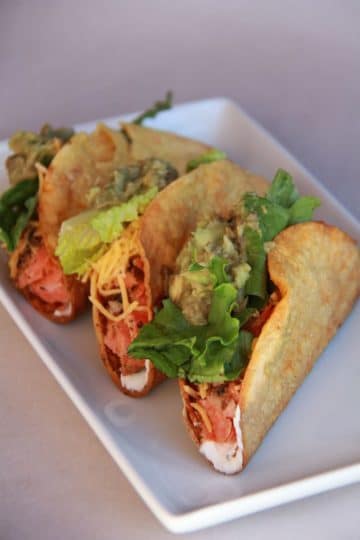 Taco’s are a staple over here. A once a week kind of thing. Plain and simple ground beef taco’s. The boys love taco’s. Probably because they are just that plain and simple beef, soft or hard taco shells, and a whole lot cheese. Fish tacos however are a different story. Six out of the nine […] 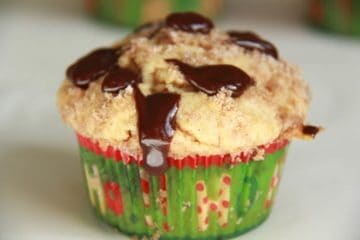 Remember when I made Fluffy Snickerdoodles? And there was actually no chocolate! In or on top! And they were insanely addicting! Well, I had intended to do the same with these snickerdoodle muffins, but then the ganache thing happened. Not just any ganache, Kahlua Chocolate Ganache.  See I was having a grand old-time on this […] 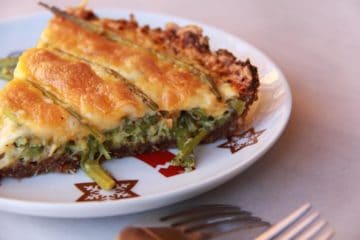 Buttery crackers, eggs, cheese, asparagus, and bacon. And mmm, more cheese. YUM. Before my family moved to Colorado, every Christmas Eve ( and I mean every Christmas Eve. My mom has done this as long as I can remember) my mom would have a huge party for my dad’s side of the family. This meant […] 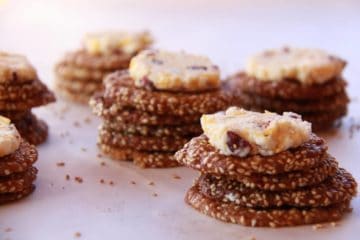 I live in a small town. I mean not that small, but small enough to not be able to find sesame crackers, sesame sticks or sesame anything for that matter! Anywhere! Actually I take that back, occasionally I find a box at target. But that is it, just one box! I know, crazy right? So I wiped away […]